A few weeks back, I was returning in the evening from my office in Thoraipakkam. I saw a Honda City car driving past me. In a few seconds, I noticed the window glass from the Honda City getting 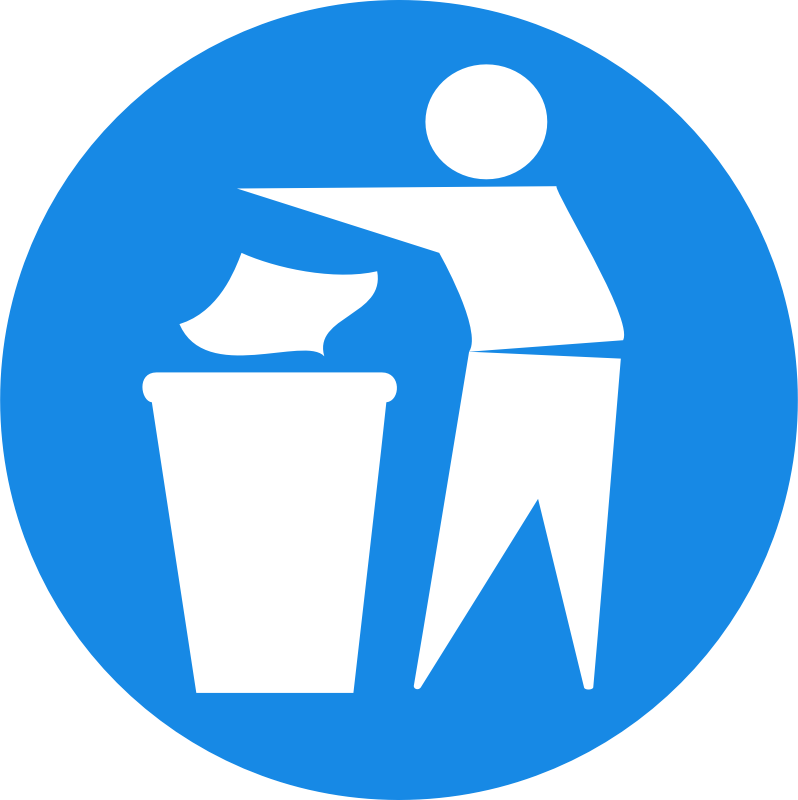 rolled down. A small hand popped out of the car's window, threw a dairy milk chocolate wrapper and rolled up the window glass, again. Out of curiosity, I drew a little faster to see who is inside the car. There were two kids sitting in the rear set of the car and a gentleman in his early 30s, wearing a cooling glass, driving the car. I got a little annoyed and I wanted to pull my car in front of the Honda City, stop them and give them a piece of my mind. I refrained from doing that, just to avoid creating a nuisance to the public, by creating a traffic jam.

Also read: A ban on spitting pan in public places - who enforces it?

Our Prime Minister Narendra Modi rolled out the Swachh Bharat program on 2nd Oct 2014 and nominated a few folks from across the country to propagate the message. We immediately saw a number of "photo-ops" from stars and celebrities. Social and print media was filled with such pictures. Many citizens complained that this initiative doesn't have wings and lacks a solid plan of action/budget. However, I was somewhat positive about the initiative. At the minimum, the initiative would at least raise the awareness and importance of maintaining our surroundings clean. Well, the incident that I ran into a few weeks back can be treated as an exception.

I have noticed some visible changes in our country, since Swachh Bharat campaign was launched. First of all, you can see trash bins in every coach in trains. There used to be trash bins in certain coaches in trains, in the past. However, now they are present in every coach. I'm a regular visitor to the Chennai Marina beach. I noticed that the trash bins have popped-up again in our Marina beach. Also, I heard that the enforcement officials are mandating the proper disposal of waste created by the stalls that sell food in Marina beach. Despite this, I continue to see broken wine / beer bottles in the sand. You can't imagine running on the sands of Marina beach with bare foot... since the sand is filled with glass pieces. I read in the newspaper today that some kids have come up with a robot that can clean-up garbage from Marina sands. I feel that automation of garbage collection in Marina is the only scalable and sustainable method to ensure a clean Marina (of course, in addition to trying to change the behavior of people). Happy to see that Swachh Bharat is triggering some innovation, too.

I believe Swachh Bharat campaign is a step in the right direction. In fact, in my recent train journey I saw an elderly person in his 60s throwing trash out of the window. I politely told him that there is a trash bin now in every coach after the Swachh Bharat campaign. He apologized for his act and promised to throw trash into bins, in the future.

Together, let us make Clean India ... not only a dream, but also a reality.

In the last 6 years since I returned to India (yes! It is almost 6 years since I R2Id :)), I have seen advertisements/promotions for the Chennai Book Fair, every year. In fact, I have crossed the book
fair venue several times in the past (when the book fair was happening) and I never got a chance to make a visit. 2015 broke the spell ... Thanks to my close friend who visited me on January 10th, 2015.

We were talking about work, family etc., and literally ran out of some productive topics to discuss. We had two easy options at hand... watch television or take a quick nap. The thought of Chennai Book Fair suddenly came to my mind and I bounced it with my friend. He also got excited with the idea. We immediately jumped into my car and traversed our way to YMCA, Nandanam. They had good parking facilities there. The whole place was in "festive" mood - there were sellers of toys for kids, a number of eateries and picnic areas (actually, our people made open space into picnic areas). The entire YMCA ground was filled with people like bees in a hive. There were literary discussions/debates happening in another side of the ground. Chennai Book Fair was much more than just a "Book Fair" for a nominal entry fee of Rs.10.

We got the tickets and entered the place where the books were displayed for public to purchase. I was taken by surprise when I entered the large venue. There were several 100s of book sellers and several 1000s of books in each shop. I got reminded of the popular phrase from our Tamil literary "Kattradhu Kai Mannalavu... Kallaadhadhu Ulagaluvu" (meaning "What you've learned is as small as the sand in your palm, what you've not learned is as big as the world"). I went to the first book stall and spent some time glancing at the books in the stall. I was amazed by the number of Tamil books at display - covering all the subjects under the earth. I bought some books written by Dr. Irai Anbu from the stall and we moved to the 2nd stall. By the time we covered 15 stalls, we had already spent 2 hours and bought nearly 5 books each. My friend had a return flight in the night and we had to leave the venue soon.

I realized that 2 hours isn't just enough for you to cover the entire book fair. You can easily spend 1 full day at the Chennai Book Fair. I didn't take my wife and daughter to the book fair, this time. I decided that I should take them also along, next time and spend at least 5 hours at the Book Fair. While I was thinking that the number of hours people spend on reading books have diminished, Chennai Book Fair challenged my thinking. I read from the newspapers that Chennai Book Fair had record collections, this year. I learned that on an average, a seller makes 20% of his yearly sale at the Chennai Book Fair. Happy to see that our Chennaiites are continuing to buy and read books. This is definitely a trend to welcome. Happy reading... folks !

Also read: Semmozhi Poonga - The Greenway in the heart of Chennai city

Email ThisBlogThis!Share to TwitterShare to FacebookShare to Pinterest
Labels: Places to see in Chennai, Post R2I Life in India

The temple amazes me everytime that I visit. It has been nearly 4 years since I last visited the temple. Whenever I visit large temples, I get annoyed by the way in which they are maintained/managed. I had bitter experiences during my visits to

The temple had clear directions / sign boards. The booth that sells tickets for darshans was located near the entrance and in a visible location. They had a good infrastructure for managing the queues. I should appreciate the tremendous job done by the policemen in managing the queues. They don't allow anyone to bypass the queues (unlike Srirangam Temple where I saw people continuously bypassing the queues and policemen were supporting that).

After a 30 minutes of waiting in the queue, we got a glimpse of the deity for a few seconds and came out finishing our prayers. The temple tank was filled with water, which was a rare sight. I was told that they had filled the tank with water for an upcoming function/event.

When we came out and collected our footwear, one of the employees working in the footwear collection facility quietly asked for "tips". I just smiled at her, collected the footwear and walked away. I got reminded of Actor Vivek's dialogue in one of the movies ("Neenga yellam ethanai Periyar vandhaalum thirundha maateenga da..." meaning, "You folks will not change... no matter how many Periyars come into existence").

I believe that the reason for going to Temples is to reinforce your beliefs on your goals/ambitions/needs and to get some peace of mind, more than anything else. I lean more towards atheism than spiritualism. When a visit to temple is not peaceful and enjoyable, it defeats the fundamental purpose of visiting the temple. Thankfully, the visit to Madurai Meenakshi Amman Temple was more enjoyable / peaceful than my visits to other temples in the recent days.

Golden Temple in Sripuram, Vellore - Marvelous
Ayyappan Temple in Trichy - The BEST that I've ever seen
at February 15, 2015 No comments: